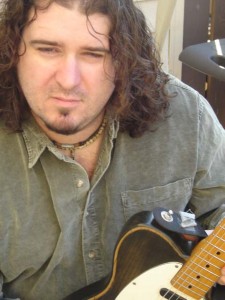 Aaron Holt has made his way in and around the world of music via a route not unlike many of his peers, finding not only a  knowledge and appreciation of music itself but also the highways (and even flyways) a young man must travel to play, promote, support and of course write his stories in song. Today he stands out as an ambitious and well-traveled writer, an accomplished, versatile, and entertaining presence on stageand in the studio. Since departing his childhood home in West Virginia for Nashville, Holt has toured nationally (and even internationally) as a drummer, guitarist, and backup singer for several Nashville acts. His own shows have taken him up and down the road throughout Texas and the southeast ... he has been featured on radio stations across Texas, opened for the likes of Cory Morrow, Reckless Kelly, Ray Wylie Hubbard, and Chris Knight, and appeared on compilation CDs alongside some of the genre's biggest stars. For around five years Holt settled in the Brazos Valley area. Holt toured Texas towns and venues both big and small from the panhandle to the gulf coast as well as Louisiana, Mississippi, Oklahoma, South Carolina, West Virginia and Tennessee. He released his debut CD ”JURISDICTION” on Stormy Weather Records (a small imprint co-owned by Holt and Stormy Cooper). During a long running gig as the host of a songwriter showcase in Bryan, Texas Aaron had many guests including Chris Knight, Slade Cleaves, Adam Carroll, Max Stalling, Phil Pritchett, and the John Evans Band. He was also able to break through into several radio markets with singles from his record including Bake, Stay Here Awhile, and Got Somewhere To Go. Holt has also made his production debut on his friend and co-writer's first record, Mike Ethan Messick’s “Bootlegger’s Turn”. Aaron made his way back to nashville in the summer of 06 to write and produce and work as much as humanly possible in the music buisness. He is currently working on a new cd project that hopes to be ready for download and purchase soon. Holt is also the drummer and band leader for Blue steel recording artist Anna Garrott. With much accomplished and much left to do, Holt is a busy man, playing gigs full time as well as raising children with his high school sweetheart angela, and more than likely coming to a venue near you soon.
CD List:
2003 - Aaron Holt - Jurisdiction 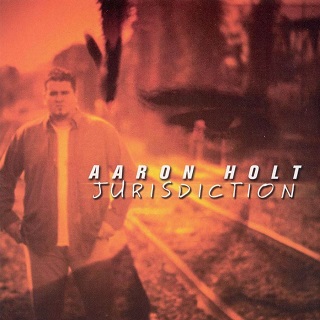 Thank you for this beautiful cd