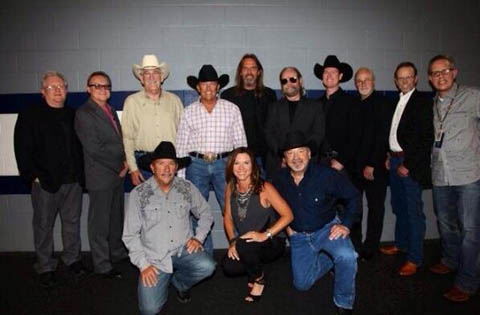 The origins of the Ace in the Hole go back to the band "Stoney Ridge," which was composed of Southwest Texas State University (now Texas State University) students including lead guitarist Ron Cabal, steel guitarist Mike Daily, bass player Terry Hale, drummer Tommy Foote and lead vocalist Jay Dominguez. Dominguez and Foote left the band after graduating in 1975, and the band began a search for a new singer by posting bulletins around the Southwest Texas campus. George Strait, who was studying Agricultural science at the school, contacted the band and was soon hired after an audition. The group was thereafter renamed the Ace in the Hole. The group regularly performed at Cheatham Street Warehouse in San Marcos, Texas, where they made their debut on October 13, 1975 along with new drummer Ted Stubblefield, who replaced Foote. Acts such as Asleep at the Wheel and Jerry Jeff Walker also played at the forum. The band appeared at the locale nearly every week until the early 1980s, when they began touring with Strait. Drummer Foote returned to the lineup late in 1975. In 1976, band member Daily's father decided to record the group for his "D records" label at a studio in Houston, Texas. At the first session, the band recorded the song, "The Honky Tonk Downstairs" from Dallas Frazier and the Strait-penned "I Just Can't Go on Dying Like This." The songs were released to radio stations in Texas and Oklahoma. In 1977, Bill Mabry was added to the lineup as a fiddle player and the band recorded their second single, which included the songs "Lonesome Rodeo Cowboy" and "That Don’t Change the Way I Feel About You," which was written by Strait. The next year, the band recorded the songs "Right or Wrong," and "Little Liza Jane", which were included on the Complete D Singles Collection, Vol. 6: The Sounds of Houston, Texas album by the label in 2005. Strait re-recorded "Right or Wrong" in 1984 and took it to #1 on country charts. "The Loneliest Singer in Town" and Strait's "I Don’t Want to Talk It Over Anymore" also came out of this session. The three songs composed by Strait were later released on his 1995 compilation album Strait Out of the Box. In 1981, after Strait signed with MCA Records, the band began to tour with him and played the instrumentals on his recordings. They were honored in 1991 with the SRO's "Touring Band of the Year." Four years later, the band released an album without vocals from Strait, and instead featured guest vocals from singers Darrell McCall and Mel Tillis.
For more information, See: 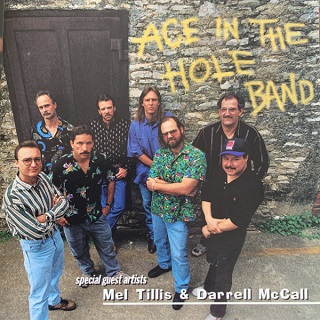