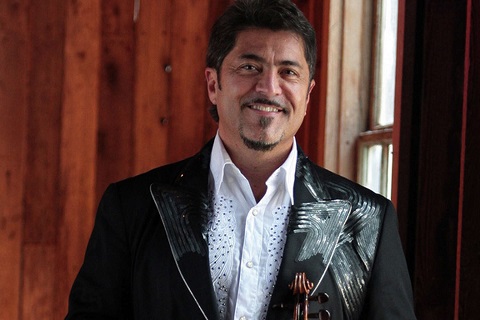 Flores was admitted into the hospital last week, and expected to come home, but took a turn for the worse Monday night, his family said on Flores' Facebook page.

He performed at the San Angelo Cowboy Gathering and at the West Texas Boys Ranch 2022 Ranch Ball, as well as other venues and events across West Texas.

"For decades, Bobby Flores has blessed us with his friendship and musical genius, entertaining fans young and old around the world. He has toured across the country, taught hundreds of students, and helped bring to fruition the dreams of many young artists. If you know him, you know that he is go, go, go, accomplishing more in 24-hours than most people do in a week," a GoFundMe page for Flores said.

Since his diagnosis, several benefits have been held across Texas to help defray the costs involved with his treatment including one planned Sunday, June 26 at the Blue Agave Cattle Company in Blackwell.

Tommy White, one of the Blue Agave partners, said the benefit will go on as planned because they feel Flores' family needed the help now just as much.

"It is with the heaviest of hearts that I write to inform you that Bobby died at 12:18 this afternoon. He was admitted to the hospital last week after experiencing difficulty swallowing. We fully expected him to go home, but unfortunately, he took a turn for the worse Monday night and was put on Hospice. Hope Hospice did an incredible job of ensuring that Bobby was comfortable. For the first time in a long time, Bobby slept deeply and comfortably, and he passed away peacefully in his sleep with his family by his side.

note: apparently he was only 61.

Elaine, thank you for sharing this information. I am so shocked at this news; my heart goes out to his family as well as those who knew and loved him.

On the music side, it is a huge loss for those who listen to and love traditional country music. He was one of the few I watched repeatedly on RFD TV; he seemed to love what he did.