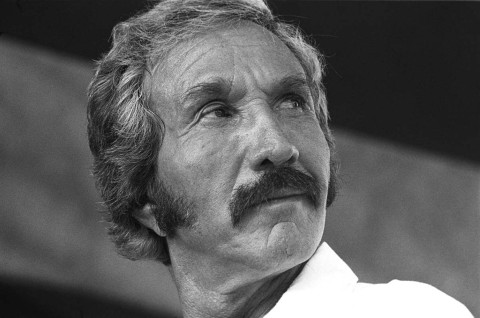 Martin David Robinson, born September 26, 1925 in Glendale, Arizona, known professionally as Marty Robbins, was an American singer, songwriter, actor, multi-instrumentalist, and NASCAR racing driver, and was one of the most popular and successful country and western singers for most of his nearly four-decade career. Robbins often topped the country music charts, and several of his songs also had crossover success as pop hits.

Robbins was born in Glendale, a suburb of Phoenix, Arizona. His mother was mostly of Paiute Indian heritage. Robbins grew up in a difficult family situation. His father was an amateur harmonica player and took odd jobs to support the family of 10 children, however his hard drinking led to divorce in 1937. Among his warmer memories of his childhood, Robbins recalled having listened to stories of the American West told by his maternal grandfather, Texas Bob Heckle, who was a local medicine man.

At 17, Robbins left his troubled home to serve in the United States Navy as an LCT coxswain during World War II. He was stationed in the Solomon Islands, in the Pacific Ocean. To pass the time during the war, he learned to play the guitar, started writing songs, and came to love Hawaiian music.
Robbins married Marizona 'Mari' Baldwin on September 27, 1948. They had two children, Ronny and Janet, and were married 34 years until his death.
After his discharge from the military in 1947 and his marriage the following year, Robbins began to play at local venues in Phoenix, then moved on to host his own radio show and then his own television show. After Little Jimmy Dickens made a guest appearance on Robbins' TV show, Dickens got Robbins a record deal with Columbia Records. Robbins became known for his appearances at the Grand OleOpry in Nashville, Tennessee. Music journalist Mary Harron wrote the following about him in The Guardian:

“Robbins was a symnbol of the Nashville establishment that younger country fans abandoned in the Seventies for the bleached-denim ‘outlaw school’ of Waylong Jennings and Willie Nelson. Robbins belonged to the Jim Reeves era and wore his embroidered cowboy suits proudly. Best known for the wester ballad, ‘El Paso’, his career also touchd the rock ‘n’ roll side of country in songs like “A White Sport Coat (And A Pink Carnation)’, and he kep a toch of the dude about him to the end.
Robins suffered a major heart attack near the end of the 1960s, but his health problems didn't sideline him for long.

In 1980, Robbins appeared on the PBS music program Austin City Limits (season 5). In addition to his recordings and performances, Robbins was an avid race car driver, competing in 35 career NASCAR Grand National Series races with six top-10 finishes, including the 1973 Firecracker 400.
In October 1982, Robbins was inducted into the Country Music Hall of Fame. Although he had falled very ill, Robbins managed to release one last single that year, fittingly titled 'Some Memories Won't Die' before he passed away. He suffered his third serious heart attack in early December. Despite undergoing surgery, Robbins died a few days later, on December 8, 1982, in a Nashville Hospital. He was 57 years old.
Robbins’ discography consists of 52 studio albums, 13 compilation albums, and 100 singles. In his career, Robbins charted 17 Number One singles on the Billboard Hot Country Songs charts, as well as 82 Top 40 singles. His final Top 10 single was ‘Honkytonk Man’ from the 1982 film of the same name in which Robbins had a role. He died shortly before its release. Since his death, four posthumous studio albums have been released, but they made no impact on the charts.
For more information visit

A Special “Thanks” goes to “Cherrie” and “countryhank” and “CountryMac” and “howstean” and “swineman” and “Tamworth Ted” for this addition. 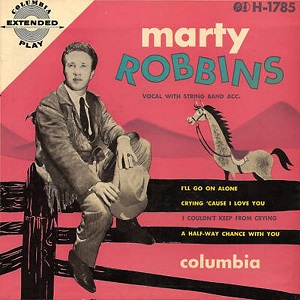 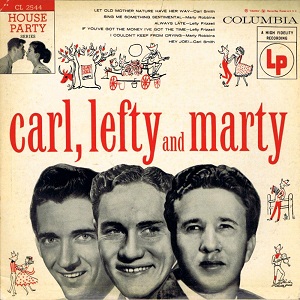 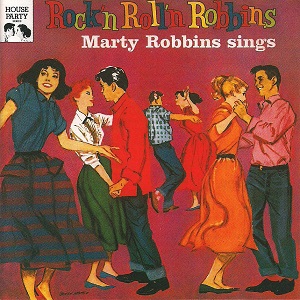 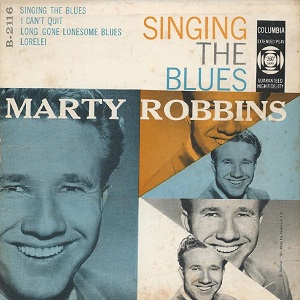 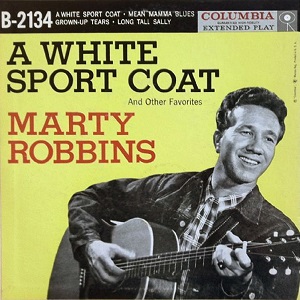 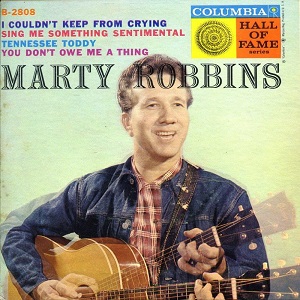 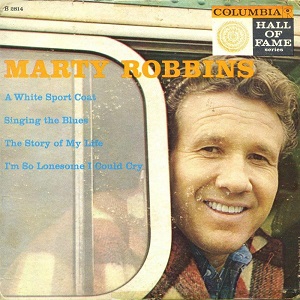 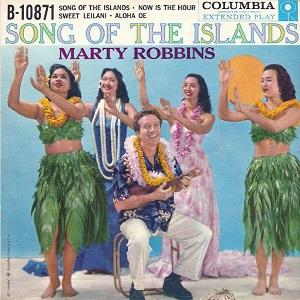 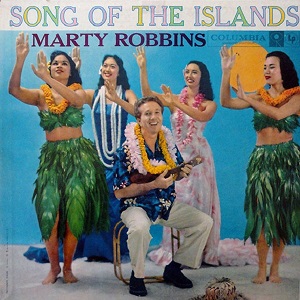 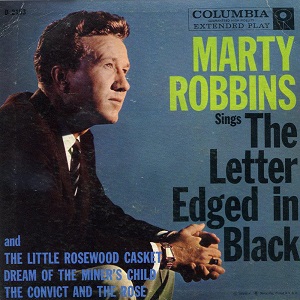 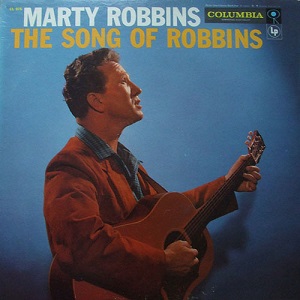 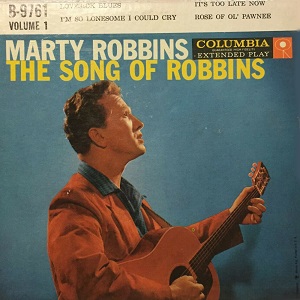 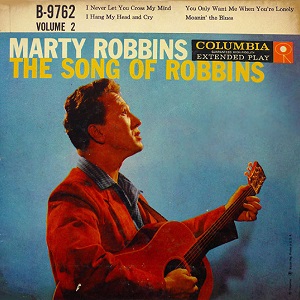 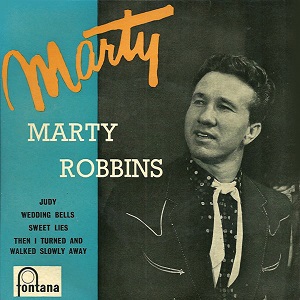 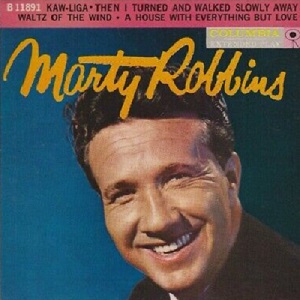 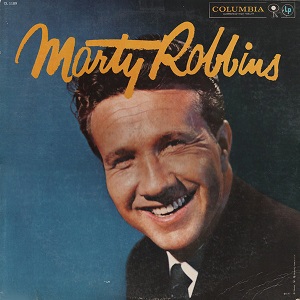 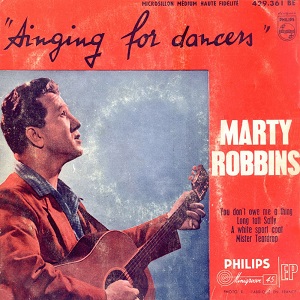 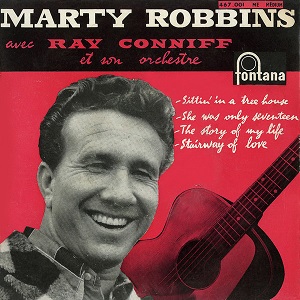 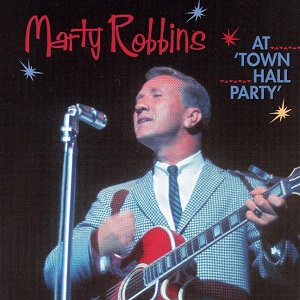 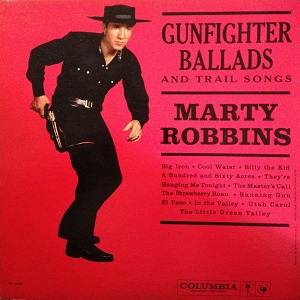 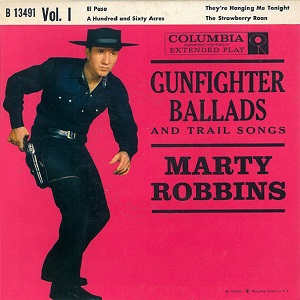 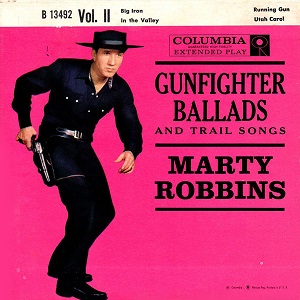 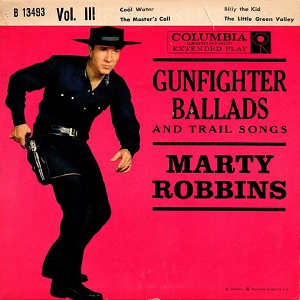 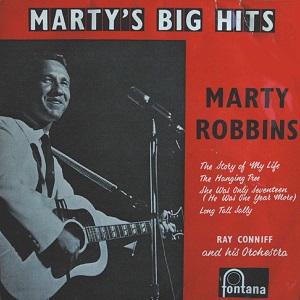