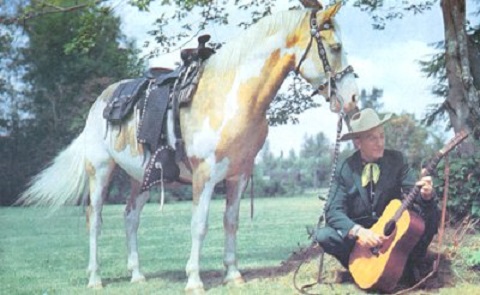 Slim emigrated with his musical family at the age of ten to Lloydminster, Alberta where they homesteaded in a two-room cabin, later moving to Saskatchewan. Slim learned to play the fiddle and eventually the guitar, playing and singing at local events. When the Depression hit, Slim took his guitar on the road, riding the rails across Canada and singing for his supper on street corners. To make extra money, Slim also told fortunes. When reading the tea leaves of a pretty young Saskatchewan girl named Pearl, he predicted that she would marry him - which she did.

Early in his career, Slim mastered the difficult style of echo yodeling, sometimes joining in song with Wilf Carter, his role model. One of Slim’s first songs, ‘She Taught Me How To Yodel’, remained his all-time favourite. Slim wrote dozens of songs. Songs about the life of a cowboy, about Canadian history, and about the places he had been.

Slim started a summer road show after acquiring the first of a series of trick horses, named Kitten after a horse he owned as a boy. Accompanied by Pearl, who was announcer and assistant, he sang and performed at carnivals, rodeos and fairs across Canada. Slim’s entourage soon grew to include trick dogs, a wrestling bear, a chimpanzee, and eventually even an elephant named Susie who could play harmonica. They wintered in Burnaby, British Columbia, where they kept the elephant in the back yard and the horse in the basement.

Following the birth of their son and daughter, Pearl decided traveling across the country with an elephant and a horse was no way to raise children. By 1958 they had sold the zoo and Slim directed his entrepreneurial talents to real estate investment, developing a successful business with Pearl. But he never stopped performing. He continued to sing and yodel and write songs until he was 93.

“I always wanted to be an entertainer, sing and play and make records and travel with a trick horse like Gene Autry and Roy Rogers,” Slim wrote about himself. Little did he know he would become a Canadian legend.
Alberta Slim was the 'Real McCoy'. A cowboy crooner who pioneered the early days of Canadian country music.

Slim passed away peacefully at his home in Surrey, B.C. on November 25, 2005 at the age of 95.
Alberta Slim was a deeply loved, greatly admired, remarkable individual - a man of enormous energy and warmth, who's flame burnt brightly until just days before the end of his life. 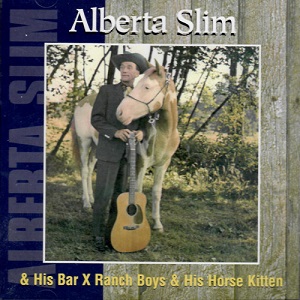 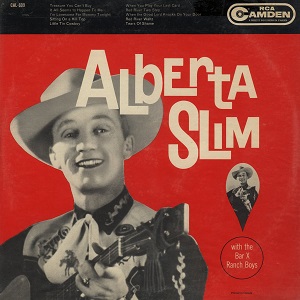 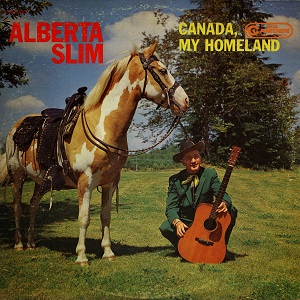 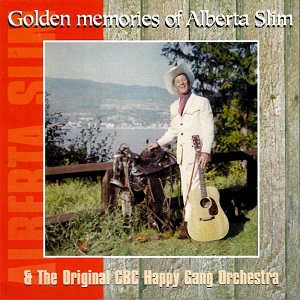 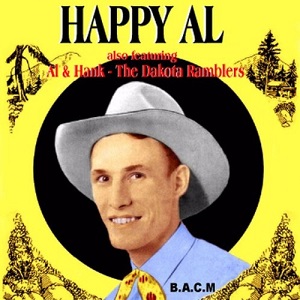